CCTV has been planning a TV show about competitions between AIs and humans (The name of the TV show is 机智过人). In the original plan, one of the competitions is a match between Yixin and top human renju players in July or August. A director of the TV show suggested organizing a match with a top player to do a preliminary test of Yixin before recording. So, with the help of Tao Tao, I got in touch with Lin Shu-Hsuan and planned to organize a match with him starting from June 10th. However, on June 8th, I was informed by CCTV that the renju competition in the TV show was canceled due to CCTV's technical issues. The news was unexpected and depressing, but CCTV's decision could hardly be changed.

Compared with the last year's version, many modifications were introduced. One of the modification is a bug fix to the parallel search, which makes Yixin be able to take advantage of multiple-core processors more effectively. This directly helps Yixin gain a lot of Elo when it runs on a powerful computer.

Tao Tao offered much help in finding suitable places for the match (below is a photo). 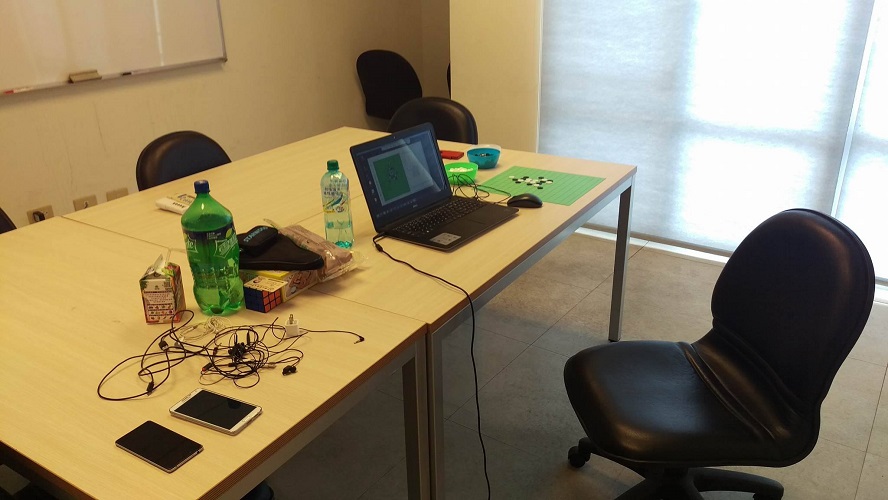 Yixin was out the opening book after the 17th move. The 18th seems to be a turning point in the game, since from Yixin's perspective, Lin Shu-Hsuan played almost perfectly before that point and i7 should be a better choice for the 18th. Yixin kept the advantage after that, and the 27th was proved to be a sure win during the game. The evaluation1 is shown in the below figure.

Since Yixin had 94 minutes left, Tianyi Hao proposed to modify the time management to make better use of its time, hence the longer average thinking time per move in round 2-4. 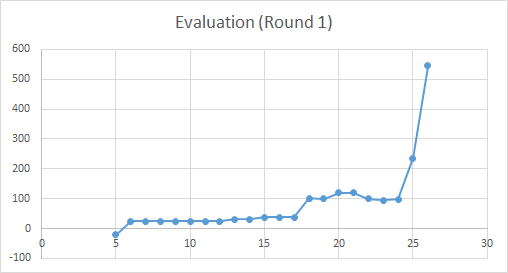 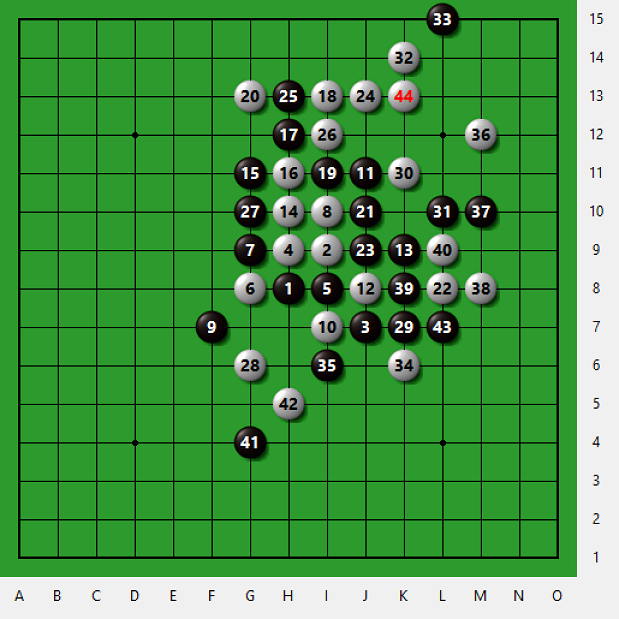 In the match with Epifanov Dmitry, when Yixin is assgined the tentative White, it would always make the 4th move and let the human decide whether to swap. This time, however, Yixin let Lin Shu-Hsuan put the 4th thanks to better opening book preparation. Tao Tao told me that both he and Lin Shu-Hsuan were surprised at that.

Yixin was out the opening book after the 16th move. Yixin slowly accumulated small advantage until Lin Shu-Hsuan made a mistake analyzing the upper-right corner. The 43th was proved to be a sure loss during the game. The evaluation1 is shown in the below figure. 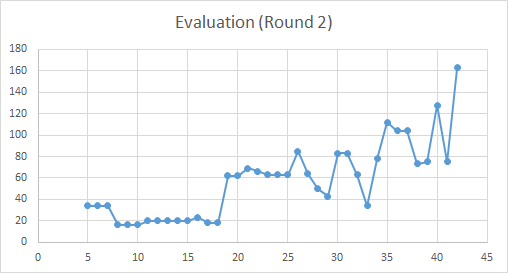 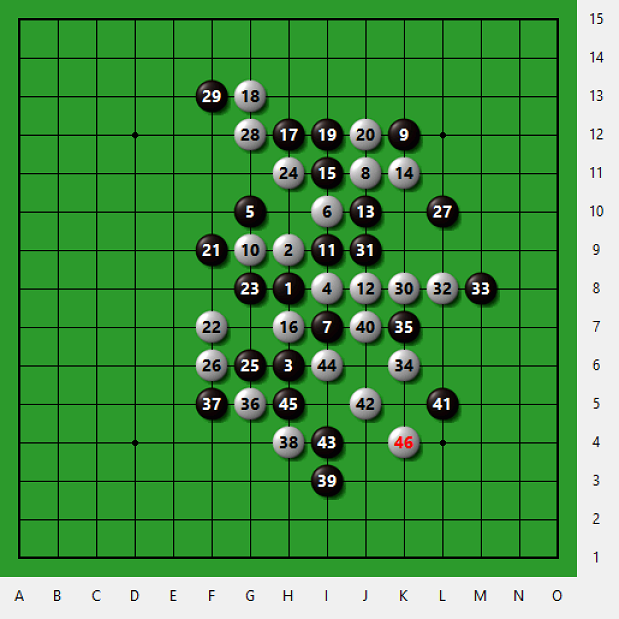 Yixin was out the opening book after the 16th move. The game was leaning towards a big advantage of Yixin from the 19th. From Yixin's perspective, before the 19th, Lin Shu-Hsuan played almost perfectly, and f7 might be a better choice for the 19th. The 35th was proved to be a sure loss during the game. The evaluation1 is shown in the below figure. 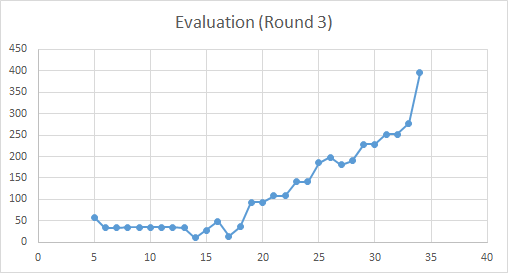 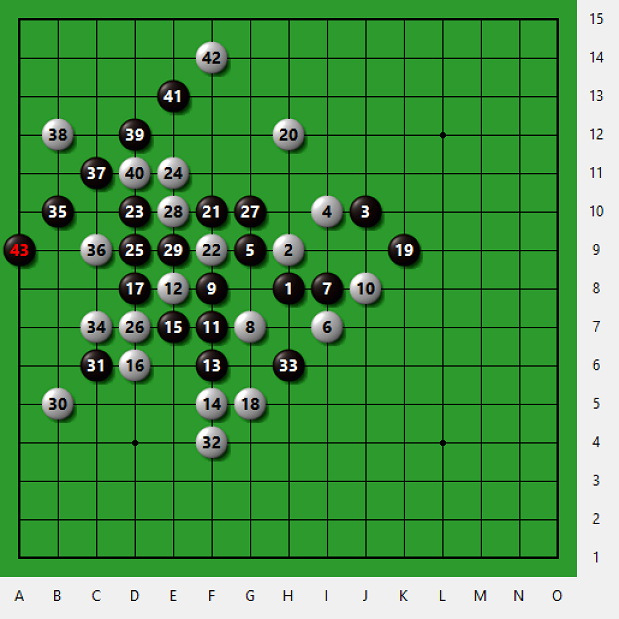 Yixin was out the opening book after the 5th move. There was little preparation in the opening book for this 5th, and post-game analysis done by some renju experts showed that the 10th was already a sure loss. Lin Shu-Hsuan grasped the opportunity and played perfectly during the whole game. The evaluation1 is shown in the below figure. 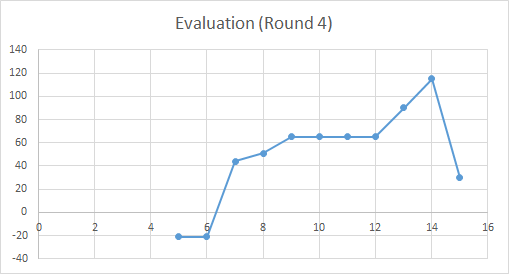 The average minimum depth of Yixin in the match is about 18.