In Gomoku World Championship (GWC) 2017, Yixin had a 2-game match with Rudolf Dupszki, the champion of GWC 2015. This match was organized by one of the GWC organizers -- Vladimir Nipoti, with the help of Alexander Bogatirev. 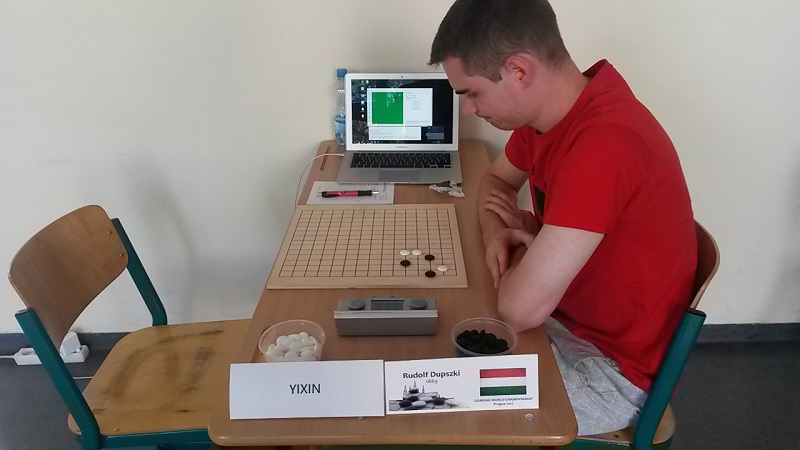 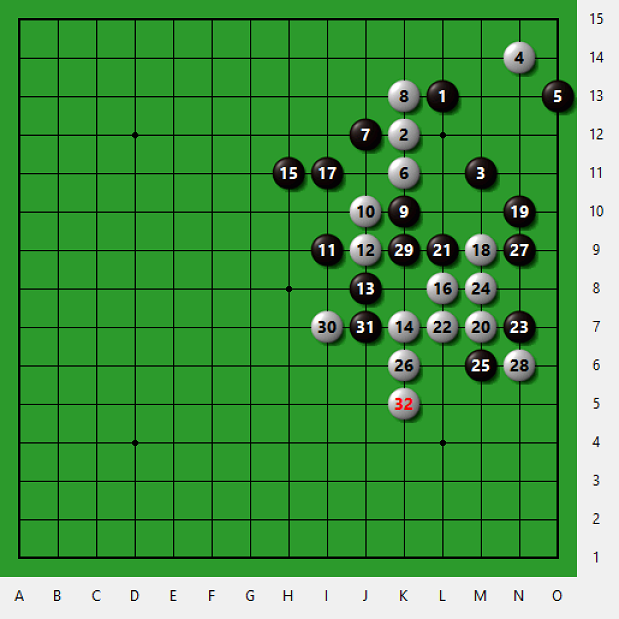 The 15th move is a turning point of the game. From Yixin's perspective, neither side had a big advantage before the 15th, and i11 might be a better 15th. The 17th was proved to be sure loss during the game. The evaluation is shown in the below figure. 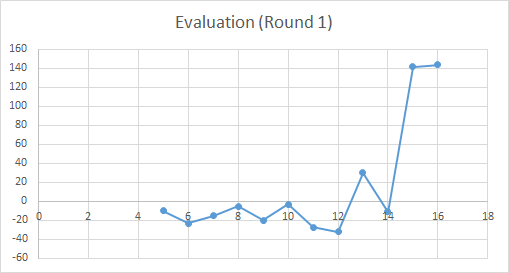 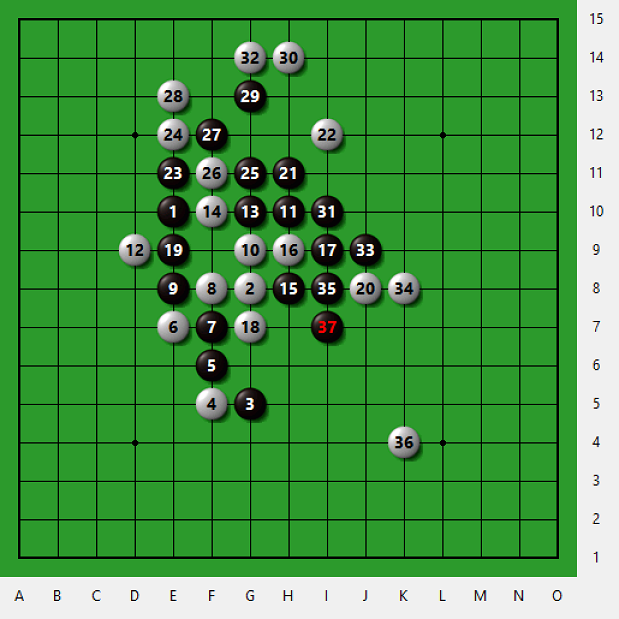 The 4th and 5th given by Rudolf Dupszki are pretty balanced, and neither side broke the balance before the 12th move. From Yixin's perspective, g10 should be a better choice for the 12th. The big advantage gained from the 12th was kept by Yixin, and the 20th was proved to be a sure loss during the game. The evaluation is shown in the below figure. 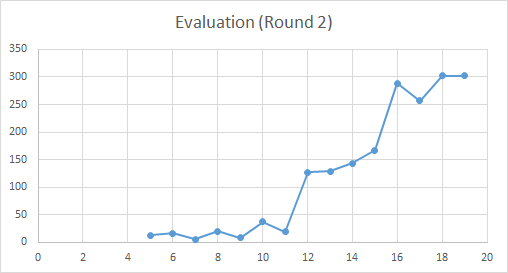 Yixin always puts the opening e10g8g5 when it is the tentative Black. It was picked out from a pool of balanced openings automatically generated by Yixin.

The average minimum depth of Yixin in the match is about 17.